Having a pet in a home provides a good deal of benefits. For some, it allows them to be more mentally stable, and it also teaches responsibility. Having pets is something that you can’t really go wrong with. However pets can cause complications for other residents. In some cases, tenants can have allergies to pets or have other legitimate reasons for not wanting pets in the surrounding area. 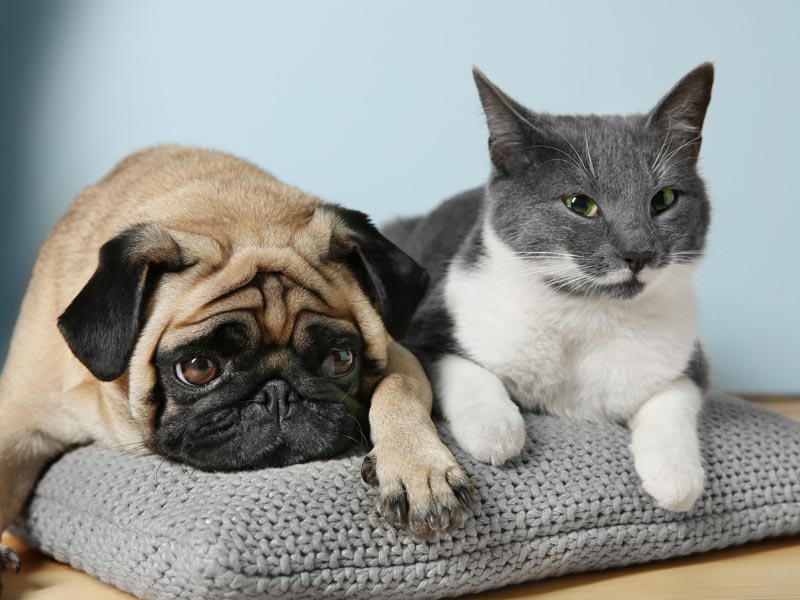 Broadly speaking, pet policies are quite variable. Some rules you’ll see restrict the number of pets are allowed. Others will include limits to the allowable breeds, the size and the type. The list for various pet policy rules can go on.

The thing with all those policies that’s worth keeping in mind is that many of the problems with pets doesn’t stem from the animals, but rather the residents themselves. If an animal is leaving a mess in the area, it’s the owners responsibility to pick up after their pet and also train them in a specific manner so it doesn’t happen.

A lot of the arguments for not having pets in place can easily be traced back to poor owners rather than poor pets.

Getting into more detail, the other thing to keep in mind is to have reasonable policies in place. A 2018 Statista survey of 3,026 residents found that there were 8.2 million pet dogs and 8.3 million pet cats in Canadian households. That means there is an estimate of 16.5 million pets.

In practice, it means many residents care about condos being open to pets. And if your condo building is pet-friendly, there is bound to be furry animals roaming around.

You’ll want policies of course, but you also have to consider what is reasonable and fair. For example, since you may have pets roaming around the property, you’ll want pet owners to be picking up after their pets. If they don’t, residents could be faced with warnings as well as a fine. You could also enforce a leash policy as well.

The other thing to consider is the type of pets that are allowed. Cats and dogs would be a good start, but you can also consider some smaller animals like bunnies, and fish.

Beyond that, any changes to the policy should be communicated in a clear manner – be it a new policy or updated one. You want to be giving residents ample of time to prepare and to ensure they are complying as well.

Even if they are clearly communicated, sometimes rules won’t be followed. It can be understandable in some situations, but that doesn’t mean it’s right. After all, the policies that are put in place are designed to ensure residents are safe, comfortable, and healthy while staying there.

As we mentioned, you should be talking to your community about the policies so they’re informed. That said, you can go a step further to encourage compliance. One way to go about that is getting resident feedback. You can do that in many ways. Either encourage residents to email you or staff concerning the policies in place, or you can pass along a survey to members.

Another approach is to allow the formation of a committee with residents from both sides of the spectrum – those with pets and those who don’t. From there, you can allow the members of the committee to discuss policies and the enforcement of them. It’s a good opportunity for residents to find a solution that satisfies both parties.

Remember that you can also refer to local animal bylaw officials or your legal advisor to help your residents too.

In terms of actual compliance, you’ll need to be keeping an eye out and enforce the rules. If the rules aren’t enforced, then people will get too lax and not comply with the rules set out. The more people who follow the policy in place, the more compliant people will become.

Have Reasonable Measures In Enforcing

The ideal scenario is getting everyone to comply without any issue. In most scenarios, you’ll find people will be in compliance since most pet-friendly rental buildings have the same standard rules. That being said, you’ll still find some people who don’t follow the rules at all, even after given many warnings.

During those times, you’ll have to be able to take the next steps beyond a simple conversation with the pet-owner. A reasonable next step is to issue a fine. Depending on the reaction to this, you’ll have to give them a final warning before taking further steps. Those further steps being enforcing the bylaws in place and evicting their pet for non-compliance.

While it’s not the pets fault for not following the rules, this measure shows the fine line between pets and their owners. Furthermore it shows to other residents how serious you are about enforcing the rules in place.

If you’re ever unsure of whether you can evict a pet for non-compliance, consult your legal advisor first before anything.

As a general rule, the health and safety of your residents is your number one priority. Often times, the condo bylaws will spell out the type and size of the pets allowed. Beyond that, the bylaws might also require residents to submit applications while also showing proof of licensing and recent pictures of the animal.

Some other restrictions to consider enforcing are problem behaviours like biting, fighting, or jumping. Even if the animal may be staying indoors, these factors can also be determining factors for letting animals stay with the resident.

The goal here is to have restrictions in certain aspects that ensure harmony and safety amongst the entire community.

Recognize That There Could Be Exceptions

Despite all of these things in place, do recognize that there are exceptions. One of the most common ones you’ll find is service dogs by people with disabilities or are suffering from severe mental illnesses like PTSD.

The Service Dogs Act provides those with disabilities to have a service dog. That service dog has the right of access to public places – lodging included. Of course, the disability will have to be proven as well as the dog’s role clearly defined.

You’ll want to be working with your legal team as much as possible to ensure that accommodations for these individuals are reasonable. Furthermore, you’ll want to have a screening process since residents can create fraudulent service animal or emotional support animal claims. You’ll want to be able to sift through those and have measures in place to protect residents from those.

Pet Regulations Are In Everyone’s Interest

Even though you can get some people who are irritated by these rules, pet regulations are in everyone’s interest. These rules ensure the safety and well-being of all residents. By keeping this in mind, you can enforce this norm onto residents and allow them the opportunity to maintain that norm while being a member of the condo community.

Prince Property provides management functions for Condominiums in Edmonton Alberta, and the surrounding areas.  If your Condominium operation needs a Management Company – we’d love to talk to you.